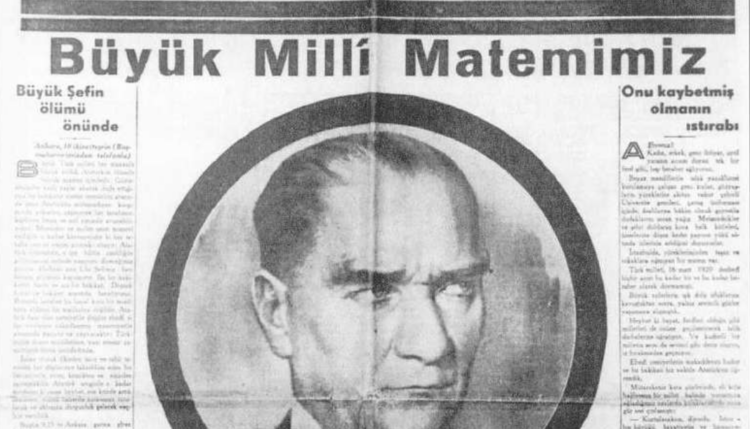 Literary journalism in twentieth century Turkey can be divided into two periods: pre-1950, when the first reportages were published, and post-1950. After 1950, examples of direct literary journalism began to proliferate. There are about fifteen direct literary journalism examples in this century ranging in topic from adventure to torturing. Some of these studies are: Ben Deli miyim (Am I Crazy), Yalancı Tanıklar Kahvesi (False Witnesses Coffeee), Mavi Karanlık (Blue Darkness), Tek Kişilik Ölüm (One Man Dead), Güven (Confidence), Mengene (Clamp), Çığlık (Scream), Bir Kayıbın Ölüm Güncesi (Diary of a Lost), Zemheride Yürekler Geçti (Heart Crossed on the Grossed). Besides these, I will only talk about what I have studied below.

Literary journalism in Turkey has flourished under the name “reportage” (röportaj in Turkish). Reportages are newspaper and magazine articles that are embellished with photographs and presented with the writer’s own thoughts. [1] The reportage writer must have a remarkable vision, perception, and observation skills. A reportage is a kind of news report. However, in the reportage, apart from the information, the writer’s impressions, thoughts and views are also included.

In the field of journalism, one of the first known reportages is journalist-writer Cemal Refik’s Mahkeme Röportajları (Courtroom Reportages). [2] This work consists of reportages describing the court in İstanbul. The reportages were first published anonymously in the Akşam newspaper starting from 1933 and were later published as a book upon receiving acclaim. In the reportages, not only the events but the way people who appeared before the judge lived, thought, spoke and dressed, were reflected. Their perceptions of society and life, the way they think that shapes their behavior, the methods they use to avoid punishment after committing a crime, etc. were sometimes pictured in a humorous way. Undoubtedly, the importance of this work comes from the fact that it is among the first known reportages. On the other hand, it mainly describes behaviors of ordinary people and their attitudes towards to Judges.

Later, İki Sovyet Rusya 1935-1965 (Two Soviet Russias 1935-1965), written by journalist-writer Nadir Nadi, was completed. [3] Nadi went to Soviet Russia twice on behalf of Cumhuriyet newspaper for investigation as a journalist and author. The first took place in 1935, eighteen years after the 1917 Revolution. He published his articles in Cumhuriyet newspaper on his return. The power of the Revolution was explained in the writings. This attitude continued in his writings of the second visit. Nadi’s work is a typical example of reportage and includes research, observations, and interviews. We should not forget Suat Derviş’s reportages during this period. 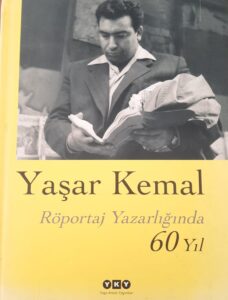 In the first half of the second period, literary journalism developed in the form of reportages, but it has also moved to another level. This period, in which many reportage writers emerged, started with the leadership of the famous writer Yaşar Kemal. [4] Kemal wrote many reportages between 1951 and 1963 and gave the “reportage” an identity. He went out to the streets, visited the villages, and went on difficult journeys. His reportages were focused on problems and they were emotion packed. There was subjectivity in them, and comments were included. He experienced the events himself and described them beautifully. He did not shy away from criticism. He pictured the social life of the period. He gave great importance to education. Women were also the subject of reportages. This was important for Turkey in 1950s. Lower class problems were looked at. In the reportages, people and places visited were described. [5]

Another famous reportage writer of those years was Fikret Otyam, whose reportages share some futures of that of Kemal. [6] The following characteristics of Otyam’s reportages stand out: Important points are given in the introduction. A thorough research is done. Historical information is given. Criticism is a given. They are problem oriented. Places and people are described. Social issues are covered. The language is plain. There is subjectivity, interpretation, and emotion, as well as research and examination. [7] The common feature of Yaşar Kemal and Fikret Otyam reportages is that they embody journalistic activities.

Direct literary journalism studies, which were limited in number before 1970, started to increase after this date. One of them was the book Balyoz (Sledgehammer), by journalist-writer Tanju Cılızoğlu, in which he described the tortures in Sansaryan Han during the coup of March 12, 1971. [8] This work has literary journalistic features. [9] The book is a journalistic activity, where events are portrayed scene by scene. It is written in the third person, with dialogues and in great detail. The author experienced and narrated the events himself. At times examples were presented satirically, with a literary style. 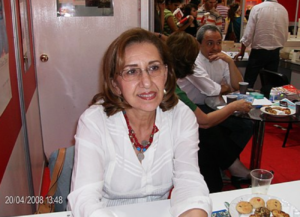 Inci Aral’s Kıran Resimleri (Kıran Pictures), first published in 1984, is a product of literary journalism as it tells the Maraş massacre through the eyes of nine people. [10] In this sense her work could be associated with John Hersey’s Hiroshima. [11] Turkey had been the scene of political conflicts before 1980. Many lives were lost as a result of the fights between left-wing and right-wing youth. Those killed were usually leftists. There were mass attacks and mass murders in some cities. The Maraş massacre is the most striking of these. Maraş is a city where Sunnis and Alevis live. Many Turkish citizens lost their lives in the attacks launched by some Nationalist Conservative Sunnis, mostly against secular and left-wing Alevis.

Journalist-writer Emin Çölaşan’s book Turgut Nereden Koşuyor (Where is Turgut running from) is also a typical work of literary journalism. [12] By putting Turgut Özal, one of the former presidents, in the center, Çölaşan researched the Özal family, conducted interviews, accessed documents, perused newspaper reports and battered Özal, so to speak. The book openly reveals the dominance and practices of right-wing politics in Turkey’s 1950-1990 period. The book is a journalistic activity and embodies all the literary journalism features found in Tanju Cılızoğlu’s book.

On the other hand, Nilgün Cerrahoğlu’s interview with the former Chilean Dictator Augusto Pinochet, which was published in Cumhuriyet newspaper in late 1980s. Pinochet was overwhelmed by the questions and asked Cerrahoğlu to leave three times, but he gave in each time and called her in again. Another eminent interviewer of the period was journalist-writer Emin Çölaşan. [13] It would be fair to say that his technique in his interviews, which were published on Sundays in Hürriyet newspaper, was unique and offered an alternative to the famous journalist and interviewer Oriana Fallaci. Çölaşan collected information for a long time about the person he would meet. Based on this information, he prepared some questions. He directed these questions to the person he was talking to and made some evaluations during the interview. He even argued with the interviewee, calling them to account. He gave information to the reader; teased, intimidated, provoked the interviewee, and asked hard-hitting questions, searching for their vulnerabilities. Çölaşan conducted semi-structured interviews. [14] 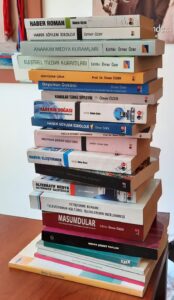 Even though some American literary journalism books, such as Hiroshima (Hiroşima), The Jungle (Şikago Mezbahaları) were translated in the twentieth century, they were published as novels. In recent years, literary journalism in Turkey has started to gain popularity in journalism departments and some articles evaluating the field began to be published. After returning from the 2008 Lisbon conference, I have been teaching literary journalism. So far, I have published one book, three articles, and supervised two master’s theses. Also, I have presented two papers in international conferences. Although Meldan Tanrısal was the first scholar writing a Ph.D. thesis about the literary journalism in 1988 in American Studies Department, I do truly believe that my Haber Roman (News Novel) book published in 2013 actually could be considered as the pioneering study in the field.

* Translated by the author

[14] Özer, Ömer. “An Analysis of the Importance of Interviews Regarding the Interviews of Augusto Pinochet and Cengiz İsrafil” Literary Journalism: Theory, Practice, Pedagogy, 15-17 Mayıs, 2008, Lizbon, Portekiz. Ömer Özer is a professor in the Department of Journalism at Anadolu University. He completed his graduate studies at Ankara University. He published literary journalism works in Turkey. He taught in Romania and Russia. He wrote 22 books. His fields of interest are: media violence, news studies, popular culture, mainstream and critical media theory, critical discourse analysis, literary journalism, and British cultural studies.

Hybrid, Funny, Dramatic and Back Together after Three Years

CfP: The Art of Fact in Science and Nature Writing Session, IALJS at AEJMC 2023