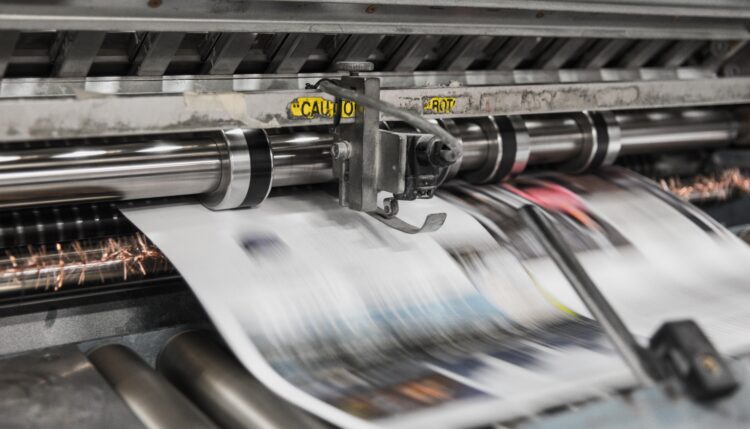 This essay is excerpted and adapted from Jonathan D. Fitzgerald’s forthcoming book How the News Feels: The Empathic Power of Literary Journalists (University of Massachusetts Press, July 2023).

When I was in graduate school and beginning to approach the field of literary journalism studies, I was in awe of the giants of our field–Norm Sims, John Hartsock, Thomas Connery, to name a few. In such a short time, I felt, they had covered so much ground. What was left for me, for any of us junior scholars approaching the field, to say? I wanted to find my place.

This inclination led me in two distinct, but complimentary, directions. The first direction, which ended up being the main thrust of my dissertation, which in turn became my monograph, was to rethink literary journalism in light of the contributions of women writers beginning in the nineteenth century. Doing so through the lens of moral sentimentalism allowed me to add a new theoretical layer to that long-noted capacity of literary journalism to narrow the gulf between subjectivities, as John Hartsock put it.

The second direction, which also appears in the book but not as prominently, is my sense that the periodization of literary journalism, as first conceptualized by Thomas Connery, might be explained by changes in media over the past couple hundred years. In his 1992 book A Sourcebook of American Literary Journalism: Representative Writers in an Emerging Genre, Connery posits that literary journalism appeared in three distinct periods. The first period (the mid- to late-nineteenth century), and by extension those that follow, Connery writes, “are at least partially fueled by a cultural need to know and understand the rapidly changing world and by a staunch faith that reality was comprehensible through printed prose.”[i]

Hartsock affirms Connery’s theory about the need to understand a rapidly changing world. Of the second phase of literary journalism, Hartsock writes, “The advent of the Great Depression prompted a reevaluation of journalistic practice…The observation is important because what emerges is that in times of social transformation and crisis an objectified rhetoric proves even more inadequate.”[ii]

Indeed, Hartsock shifts the emphasis a bit from Connery’s understanding. For Hartsock, it is not necessarily the desire to understand change, but rather the inadequacy of what he calls “objectified rhetoric” to make sense of the change that prompts a proliferation of literary journalism. Nevertheless, both Connery and Hartsock hitch the historical periods of literary journalism to times of rapid change or social transformation and crisis.

History bears this out. The first period of literary journalism in the United States roughly begins in the years leading up to the Civil War and gains momentum through the end of the nineteenth century. A lull follows until, as Hartsock notes, the advent of Great Depression in the 1930s, and for the next two decades literary journalism flourishes.

The next period, the so-called New Journalism, emerges in the midst of the tumult of the 1960s and 70s when a combination of the Civil Rights Movement, the Vietnam War, and counter-cultural movements led to the most celebrated period in the history of literary journalism.

We can add to these periods our current literary journalism moment and though it is difficult to identify a catalyst while we’re in it, we could posit perhaps a number of instigating factors such as the terror attacks of September 11, 2001, the subsequent years of ongoing war, the technology boom and bust, the financial downturn, and the surge of nationalism and xenophobia that led to the election of Donald Trump.

So, there is no question that the four periods of literary journalism, spanning nearly two centuries, are tied to “times of social transformation and crisis” but of course these times are not the only explanations available for the distinct periods.

To the rapid social change theory of the periodization of literary journalism, I would add another, which I call the Rapid Media Change Theory. Looking back at the past two hundred years with an eye toward significant shifts in news media particularly, a convincing picture emerges. Technical innovations that lead to new media—from the penny press, to general interest and then special interest magazines, to the advent of cable news and the internet—correlate rather precisely with the four periods of literary journalism.

Significantly, it is not the new media eliminate legacy media the precedes them—in fact, this is rarely the case. Rather, new media often reshape the entire media landscape, forcing existing media to adapt. Marshall McLuhan famously observed that often the content of new media is old media. New media doesn’t render old media obsolete; rather, it absorbs and adapts it. Through this process of innovation and adaptation, the rapid media change theory accounts for the periodization of literary journalism.

In order to garner a more complete understanding, then, of the history and periodization of literary journalism, it is essential to consider the rapid media change theory alongside the dominant social change theory. Alan Liu, in “Imaging the New Media Encounter,” theorizes the relationship between social change and the emergence of new media as a conversion experience. He writes, “It might be hypothesized that all major changes in the socio-cultural order are channeled symbolically and/or instrumentally through narratives of media change — to the point, indeed, that such narratives often take on the significance of conversion experiences.”[iii]

In many ways, their relationship is cyclical: the emergence of new media often coincides with social change, causing old media to adapt and respond to social change, which, in turn, leads to the emergence of new media. Indeed, while the social change theory offers a convincing explanation for the periodization of literary journalism, it can’t be divorced from “narratives of media change,” or, as I’m proposing, the rapid media change theory.

To illustrate, let’s take another brief journey through the history of literary journalism, with an eye toward the impact of emerging media.

Alongside the social upheaval wrought by the Civil War, the Industrial Revolution, and increasing access for women to the public sphere in the early- to mid-nineteenth century, the second half of the century is marked by a significant increase in the number of newspapers available to American readers. This is in large part due to the advent of the penny papers, inexpensive newspapers made possible because the cost of newspaper production went down and the amount of advertising in the papers skyrocketed.

Then, though magazines predate the founding of the United States, the 1920s and 30s is widely understood to be the period in which they flourished despite the Great Depression. As the newspaper industry was firmly aligned with objectified journalism by this point and enmeshed an ongoing feud with the emerging medium of broadcast radio, another mass medium for delivering news alongside more general interest topics was necessary. It is no surprise that most of the literary journalism from this second period was published in magazines.

Magazines play a significant role in the next period as well, though, in the midst of the social upheaval of the 1960s and 70s, magazines came to fill another role within American culture. In part due to the ubiquity of televisions in American homes, and the advent of the television news magazine, general interest print magazines began to shift to, or be replaced by, niche special interest magazines catering to smaller, but more tightly knit subcultures. Think New York and Rolling Stone, both home to some of the most-read literary journalism of the era. And finally, the end of the twentieth century gave us the internet, which facilitated wide access to legacy media content as well as innovative ways for literary journalists to tell their stories.

What is perhaps most interesting about this current period is not that new technology brought entirely new forms of literary journalism—though there has been some experimentation in the form of social media and virtual reality or augmented reality story telling—but how much more like the nineteenth century our current media landscape is than any of the intervening years.

Mainstream newspapers and magazines are exploring new ways to attract and maintain readers with new business models and ways of presenting stories, while blogs, newsletters, and social media have, to an extent, expanded access to news and information in a way not seen since the days of the penny press.

Surveying media change in the 1960s, Jean Chance and William McKeen identify the common thread that time and again leads to the emergence of literary journalism, no matter the media: “What journalists learned—rediscovered is more accurate—was that readers want stories. They want what they’ve always wanted, really—great storytelling.”[iv]

Great storytelling comes in many forms—it always has—but today the number of forms available to literary journalists seems infinite in part because, rather than replace preceding media, new media reshapes the landscape and makes room for itself in the ever-crowding field.

Jonathan D. Fitzgerald is an assistant professor of Humanities at Regis College in Weston, MA, USA. He is the author of How the News Feels: The Empathic Power of Literary Journalists, which will be published in July, 2023, by The University of Massachusetts Press.