President Rob Alexander called the 2022 annual business meeting of the International Association for Literary Journalism Studies to order at 5:05 p.m.  It was moved and seconded to approve the minutes from the 2021 IALJS annual meeting in Copenhagen, Denmark, held remotely due to the COVID-19 pandemic. He thanked everyone for sustaining IALJS through a busy year with many changes. He called on IALJS members to consider offering their services for the jobs of officers and chairs to fill a slate of candidates at next year’s elections for executive committee.

Rob announced there were several immediate vacancies, most importantly for research chair. There is also an immediate vacancy for social media chair. Roberto Herrscher was nominated to fill a vacancy on the Latin American organizing committee. The nomination was seconded and approved unanimously.

Treasurer Bill Reynolds reported that Chase, the organization’s bank of 15 years, closed IALJS’s checking account and student travel fund account in March 2021 and sent Bill a cashier’s check for the total. On August 9, 2021, Chase closed IALJS’s two LTD accounts and issued two more checks to Bill. Chase would not explain why the accounts were closed. Opening a new account proved extremely challenging, given that Bill’s name and Canadian address were on the checks and the organization was domiciled in Ohio. IALJS secretary Lisa Phillips opened an online bank account with BlueVine, but it would not accept checks over $10,000. After IALJS was incorporated in New York State, Lisa was able to open a new IALJS account with Key Bank. Bill plans to link IALJS’s PayPal account with the Key Bank account so he can continue to take care of expenses.

Corresponding Secretary Lisa Phillips reported that IALJS is now incorporated as a not-for-profit in New York State. The process was not smooth, even with the help of the non-profit attorney IALJS secured through an organization called Charitable Allies. The paperwork was first filed in June, and the incorporation was not completed until late March because of New York state kept sending the paperwork back for minor errors. Lisa strongly recommended that IALJS consider bylaws changes to make the terms of treasurer and secretary a minimum of at least six years, require that these positions be held by United State residents, and require that both names are on our bank account.

Membership Secretary Mitzi Lewis reported that IALJS has 152 members from 26 countries, up a little from last year, when the organization had 141 members from 24 countries.

Research Chair Lindsay Morton reported that the research committee received six research paper submissions and 34 work-in-progress submissions. Of the six research paper submissions, five were accepted. Scores ranged from 2.3 to 4.3. Out of the 32 WIPs received, 32 were accepted, with scores ranging from 2.0 to 4.8. Overall, the acceptance rate for both categories was 75%. Taking into account presenters, panelists, moderators, and those not presenting, an initial count of conference attendees comes to approximately 82 people—equal to 82 last year. 25 were in person and 48 attended online. This year also saw a decrease in the number of WIP submissions from graduate students. There were no research papers and only four WIPs compared to last year, but all were accepted.

Program Chair Rob Alexander gave the program report. All 10 panel submissions received were accepted, with eight research panels and two pedagogy panels. Panels were organized by scholars from seven countries, compared to five last year and six in 2019. Panelists were from a total of 13 countries (compared to seven last year, 11 in 2019, six in 2018, five in 2017, and 11 in 2016). U.S. members are typically the most active panel organizers; this year, however, panels came from a fairly evenly distributed range of countries. Sue Joseph won the award for best research paper.

Awards committee co-chair Isabelle Soares said the John C. Hartsock Prize for the Best Article in Literary Journalism Studies was given to Siobhán McHugh; the David Abrahamson Prize for the Best Article in the Literary Journalism newsletter went to Bill Reynolds. The Norman H. Sims and Susan L. Greenberg prizes were not awarded this year because of the lack of entries. Travel awards were given to two graduate students, Sac-Nicté Guevara Calderón and John Brick.

Host Committee Chair Roberto Herrscher gave the annual conference report. He said the host university, Universidad Alberto Hurtado, received conference participants with open arms. He noted this was the first time the IALJS conference was hosted in a country whose language is Spanish, an important language in literary journalism.

Publicity Chair Jeff Neely gave the publicity report. He said publicity work has again primarily consisted of maintaining the IALJS Big List and sending out various email announcements related to conference submissions, newsletter publication, and CFPs for various publications and venues. There have been 27 emails distributed in the past year with 859 email addresses. The publicity chair has stepped up membership recruiting efforts and worked with members of the newsletter committee to discuss ways of integrating communications across platforms, including building a more robust social media presence. Kate McQueen, editor of the Literary Journalism newsletter, now has access to the Facebook and Twitter accounts, where she has established a much stronger and steadier stream of content.

LJS Editor Bill Reynolds said the journal was forced to change printers from Quartet Digital Copies based in Evanston, IL to Maracle Inc. in Oshawa, ON, as Quartet had become increasingly unreliable and erratic. Miles Maguire resigned as LJS Associate Editor last year and has not yet been replaced. Book Review Editor Nancy Roberts is retiring, and the journal will soon be looking for her replacement. We published one issue of LJS in 2022, Vol. 13, Nos. 1 & 2, instead of the usual two, because of the pandemic.

Newsletter editor Kate McQueen reported that the newsletter went digital last August. Since then, depending on the amount of content available, we have been publishing a piece weekly or bi-monthly on the IALJS website, under the “newsletter” tab. Newsletter posts are shared through the IALJS Twitter account and Facebook page. She posted a total of 5 new essays, 8 conference reports/book extracts and 5 pieces from the archives. Kate regularly posts open calls for submissions, but she has had to commission most of the material in the newsletter.

Bill Reynolds gave the IALJS website reporting, covering for web administrator Nicholas Jackson. Bill noted that the site has become more active with regular postings of newsletter articles, which previously had been published semi-annually or quarterly in PDF format. The LJS journal is now being posted online well in advance of the printed books arriving in mailboxes around the world.

Sac-Nicté Guevara Calderón gave the Graduate Student Committee report. Several board members have stepped down because they are no longer students. The main goal this year is to assemble a new committee, with recruitment efforts ongoing at the conference and through social media.

Pablo Calvi, the ad hoc head of the committee to review governance of IALJS, reported that he will be sending an email to recruit members for the committee, with two from each geographical area. The group will work on recommendations. He reported that a survey sent to IALJS members showed that a majority of respondents (73%) believed that IALJS governance had to be revisited and that this revision had to fall in the hands of a special committee. The group who had put forward the initiative was tasked to come up with a working plan that would establish an ad-hoc IALJS Governance Review committee (GRC). The creation and investiture of this future ad-hoc committee (through a collective vote by IALJS members) is being proposed for the AGM in Santiago.

Host Committee Chair Jan Miklas-Frankowski said plans are underway for IALJS-17 in Gdańsk, Poland, May 20-23 Willa McDonald said that IALJS-18 will be either in Melbourne or Sydney.

John Bak said IALJS sponsored an outreach round-table at the fifteenth congress for the European Society for the Study (ESSE), scheduled for the summer of 2020 but delayed a year due to the pandemic and held virtually at the Université Lumière Lyon 2 in Lyon (France) from 30 August to 3 September 2021. John chose to skip this year’s ESSE and recommended IALJS pull out of the conference because of low panel attendance. Rob Alexander said the ACLA conference was cancelled, and he is awaiting word on future conferences. David Dowling, chair of the AEJMC Organizing Committee, assembled two IALJS-sponsored panels on nonfiction ethics for the August 2022 AEJMC conference.

Under new business, members discussed the possibility of coming up with a common hashtag and increasing IALJS’s social media presence, particularly on Instagram. The question of whether to continue to allow remote participation in conferences was also discussed.

A motion to adjourn was called at approximately 6:00 p.m., which was moved, seconded and approved unanimously. 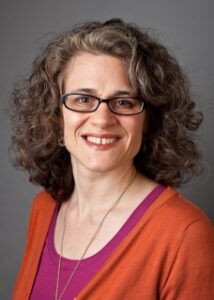 Lisa A. Phillips is an Associate Professor and chair of the Department of Digital Media and Journalism at the State University of New York at New Paltz. She is the author of Unrequited: Women and Romantic Obsession (HarperCollins) and Public Radio: Behind the Voices (Perseus). A former public radio reporter, she focuses her journalism and nonfiction writing on issues related to love, heartbreak, and mental health, with bylines in The New York Times, The Washington Post, Psychology Today, Cosmopolitan, Longreads, and Salon, among other outlets. Her scholarly research interests include first person journalism and media ethics. phillipl@newpaltz.edu

Hybrid, Funny, Dramatic and Back Together after Three Years