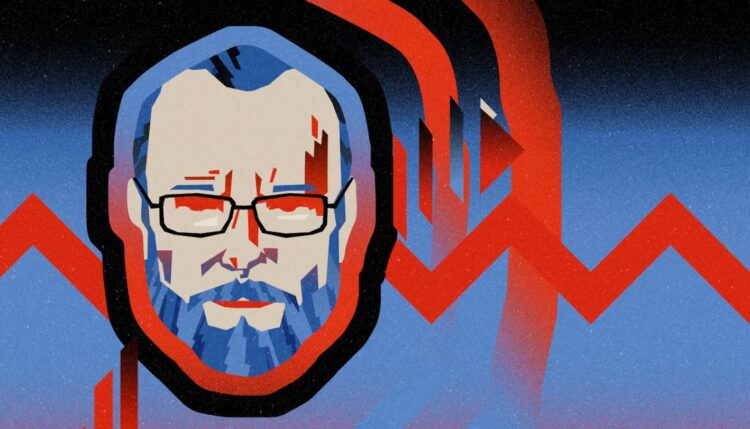 “Be That It Made Some Contribution”

A veteran literary journalist reflects on the craft and key stories in his new book, The Detective: And Other True Stories

Why did I write these stories?

That was my first thought when I read the galley for The Detective: And Other True Stories, in which Mike Sager and Alex Belth, both of Esquire lineage, collect eight of my magazine articles from as long as 35 years ago. It was as if I were reading the stories for the first time, so distant that I had forgotten the arduous research, interviews, notes, transcribing, writing, re-writing, editing, and re-writing again that had gone into them. I had forgotten the muck of craft. And when I came across the words of the frail 84-year-old preacher I had portrayed in one of the stories as he listened to taped sermons he had given as a young man, his words had new meaning to me, now a man not so many years short of the preacher’s age then.

“Be that it made some contribution.”

I know that sounds immodest. Yet, in all immodest honesty, it is deeply satisfying to conclude after years of ruthless self-criticism and striving to be better and better, sometimes at the cost of important events in my life, that my work was good, even very good.

I did other work, of course. Scores more articles for The Washington Post Magazine, books on race in America, the creativity of fine craftsmen, my years of rabbit hunting with my black father-in-law and his Kentucky country friends, the books Artful Journalism and Intimate Journalism on the intricate craft of true storytelling. Publisher Mike Sager, one of the most distinctive magazine writers of several generations, once told me that my writings about the craft eventually overshadowed my own work. That came to gnaw at me. It’s petty, but I secretly wished somebody would remember my body of artful journalism work.

So I’m gratified at the publication of The Detective, seventh in the on-going Stacks Reader Series of books published by The Sager Group and NeoText under the curating eye of imprint editor Alex Belth, who has become the reigning archivist of America’s magazine literary journalism heritage. Their goal is to preserve the rich history of artful journalism as “a living archive of memorable storytelling” that is at risk of being lost and forgotten in the digital age.

The root of all my work—and all journalism like it—is the gift that subjects give: Unfettered access to their inner lives. It is understandable that both presidents George H.W. Bush and George W. Bush would open their doors. Modern politics requires humanization. But the others in this collection were volunteers: The homicide detective; the elderly preacher and his family; Bryan Stevenson, the death-row attorney who would go on to become a Civil Rights icon but who was a young, unknown lawyer when I met him; the many men and women who anonymously changed the world in Montgomery, AL, in 1955; my own father; and U.S. Poet Laureate Rita Dove, who for six weeks diligently tracked her every pen stroke for my story.

Receiving such a gift is a great responsibility. I early on abandoned the journalistic belief that my job was to be “tough” or “hard” on my subjects. I came out of a graduate school background in humanistic sociology that deeply influenced my journalism, and I believed my job was to understand my subjects as they understood themselves—not the surface interpretations they might give in first-go-around conversations but, as a subject once told me: “Your thoughts when you say your prayers in a quiet room.” Thirty years ago, I wrote that my goal was to “understand how people live and what they value.” I stand by that.

I read my stories today and I see craft everywhere: Entering the detective’s daily life and following him minute-by-minute for 10 days on the beat to create a narrative timeline; quietly observing the old preacher for an hour as he sat in his favorite chair rubbing his hands, touching his face, tapping his cane; asking the deeply religious George W. Bush if he prays for Osama bin Laden; studying dozens of drafts of Rita Dove’s poems to find every change of wording and punctuation; snapping photos of the many elderly men and women remembering the Montgomery bus boycott so I could accurately describe their features and mannerisms.

I also see magic: When Rita Dove said that writing a poem was like looking down the depth of a wishing well, and I added “a narrow world made wide.” Where did that come from? No idea. Magic. The detective walks up an apartment stairwell “filled with the smells of a dozen meals cooking.” No idea. This line written about the daughter of the elderly preacher as he was near death in the hospital: “Georgia had never seen her father naked.” No idea. Yet it is the exhilaration that comes with writing such lines that makes the muck of craft worth it.

And I see ideas: The detective is being de-humanized by the onslaught of murders—as is our entire society. The death-row lawyer doesn’t pursue justice as his ultimate goal but to feel the pleasure of God. The family members caring for the sick old man come to see their burden as a blessing that has made them better people. Rita Dove does not write poems for readers but to feel the sensation of creation. It is ideas that elevate stories beyond craft and good writing.

All that said, nobody will ever mistake me for Hemingway or John McPhee or Joan Didion. Yet much thought and labor and time over forty years of my life went into making my stories however good they are. So, when reading them as if for the first time, I am relieved and heartened to admire the work. I think of the old preacher speaking of his young man’s sermons.

“Be that it made some contribution.”

Walt Harrington is a professor emeritus at the University of Illinois. His email is wharring@illinois.edu.

Remote Immersion: The Power of Not Going There