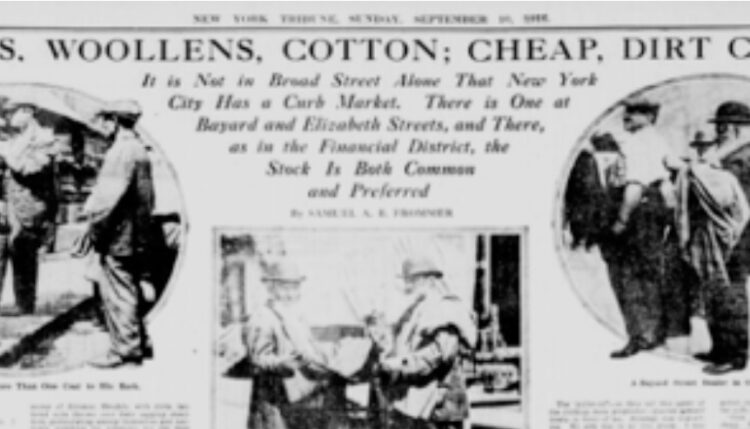 Beyond a normative ontology of literary journalism

*Editor’s note: This article is from our archives. It originally appeared in Literary Journalism vol. 12, no. 3 (2018).

For me, as for many others, I assume the study of literary journalism or, in the European tradition, reportage journalism, originally stems from a fascination with great writers. As a graduate student of English and American literature, I was thrilled to find out that many (to the readers of this newsletter well-known) historical anthologies of literary journalism included luminary authors like Dafoe and Dickens as well as Whitman and Crane. [1]  At this point, most of my fascination was primarily concerned with aspects of style and the aesthetics of the genre.

When I began my dissertation, my supervisor, media and press historian Rudolf Stöber, suggested tapping into the growing field of inter- and cross-cultural history and conducting a comparative analysis of reportage journalism in the United States and Germany in the nineteenth century, the saddle period of modernity. [2] In many aspects, literary journalism in Germany appeared to follow the American template. A review of German academic literature on the subject suggested a similar argument: great writers like Seume, Heine, and Fontane were the founders of a genre before Kisch and Roth popularized it in the Weimar Republic. [3]

Elaborating on some of these and other lesser-known writers may have produced a thesis that compared the aesthetics and representative qualities of literary journalism across cultures. However, my supervisor also encouraged me to go for the rawest possible source material, to visit the press archives and ignore the canon and its normative influences. Furthermore, he suggested focusing on what many scholars in the field had already pointed out as the cause célèbre of literary journalism: writing about the marginalized and tackling pressing social issues and conflicts through the power of narrative.

Initially, my research sought to answer how literary journalism represented urban poverty in the United States and Germany through its specific set of rhetoric features. For almost two years I browsed through archival material of New York’s and Berlin’s leading urban dailies from the last decades of the nineteenth century (in part only virtually, being able to rely on increasing digital archives), as well as various high-circulation magazines like Harper’s, Scribner’s, and Berliner Illustrirte Zeitung. In the process, I accumulated more than 470 texts, which bore the aesthetics of literary journalism and addressed the issue of urban poverty.

Content analysis, based on narratological core categories (i.e. narrative situation, characters, narrative time and narrative space) and conducted with MaxQDA, facilitated a systematic approach. The analysis showed that the aesthetic features of literary journalism are rather flexible and thus adaptable in different media contexts. It became evident that many rhetorical possibilities exist to approach the issue of poverty by narrative means.

As many of the selected articles came without a byline, it was hard to tell by what degree different aesthetics were a question of the authors’ personalities and artistic choices. Rather than following the hermeneutical tradition and thus risk falling into an essentialist trap, I chose to investigate the communicative contexts and institutional settings closely to reconstruct potential circumstances under which writers practiced literary journalism in the American and German press.

In this respect, my approach was functional. Instead of producing voluntarist explanations of individual behavior, I tried to look at supra-individual factors that determine the mutable forms and practices of the genre. Broadly, institutional theory founded the basis for this functionalist analysis. Here, like other colleagues, I followed John Pauly’s call for an “institutionally situated history of literary journalism”. [4]

I became more interested in how technological, social, economic, and even legal factors affected the institutions of the press in Germany and the United State and shaped journalistic practices. Further, it became apparent that a newspaper organization’s different resources, hierarchies and working routines affected the figuration of literary journalism within the journalistic field, and on a larger scale within the field of cultural production. Only in this context, it made sense to interpret the social backgrounds, mentalities and role perceptions of individual writers. That is, if source material even existed to piece together these individual aspects. Drawing on social-empirical findings from journalism studies and related disciplines, it was possible to develop a heuristic model that took into account all these poly-dimensional factors and suffices to systematically describe and interpret functional differences in texts of literary journalism.

Possibly, the adaption and proliferation of innovative genres like literary journalism is a fundamentally constructivist and thus dynamic process in which rapidly changing socio-cultural circumstances and the institutional implementation of communicative strategies are necessarily interdependent. Broadly speaking, this analysis thus conceives literary journalism as the realization of different communicative types. Communicative types are, in short, cognitive and discursive strategies that establish formalized solutions to prevailing communicative problems in society. Institutions adapt and alter communicative types as functional alternatives, if their already existing discursive or representational repertoire does not suffice. [5]

Within this analytical grid of the ontological dimensions of the genre, questions dealing with its essential purposes and accomplishments appeared negligible. Instead, the functional perspective brought the capacities of narrative in different institutional settings into perspective. There are considerable aesthetic differences in the sentimental stories of the sensational press, the investigative reporting of magazine pieces, and the naturalistic sketches in more avant-garde papers like the Commercial Advertiser and the Welt am Montag.

But within the institutional settings, discernible communicative types appear to have formed from the means of journalistic production and the demands of disperse readerships. Because of variations with regard to styles and journalistic methods these texts provide different gradations of a “humanistic approach to culture,” as Norman Sims has called it, to shed light on the life of the poor in New York and Berlin. [6]  Such a functional perspective allows one to contrast and compare more precisely the means of “cultural reporting,” to borrow a concept from Tom Connery [7],  and work towards a typology of different communicative types within the larger genre of literary journalism.

In a way, working on my thesis has helped to overcome my fetishization of individual writers and move towards a more specific conceptualization of literary journalism as a result of larger societal and institutional trends. However, I am not saying that we as a scholarly association do not need luminary figures that help us map the ever-complicated field of journalism studies. Such reporter personalities play an important part in forming the historical arch and DNA of modern journalists, as Tim Vos pointed out. [8]

Perspectives on literary journalism must be intensified in the future to continue the process of understanding the global ramifications of the genre. In this respect, an in-depth look at the commodification of literary journalism during the 1880s and 1890s in different cultures may help us understand contemporary developments and challenges in journalism. It is important to make clear how specific genres offer the necessary stability to information processing in a time of New Obscurity, to use a phrase by Jürgen Habermas. Rudolf Stöber explains this necessity through biological analogy. He wrote just as “without stability in the reproduction process of genetics, the genes would go astray, without stability in communication, the same will happen to societies.” [9]

[9] Rudolf Stöber, “Redundant Layers of Efficient Media Communication: Why communication seems to be stable and the media is not“, Studies in Communication and Media 5, 4 (2015), p. 352.

Hendrik Michael is a research assistant at the Institute of Communication Studies at the University of Bamberg. His research focus is on theories of journalism, transformations of media genres, and journalistic storytelling. He received a PhD from the University of Bamberg. His thesis Die Sozialreportage als Genre der Massenpresse (Bremen: edition lumière, 2020) highlights how reportorial practices and narrative strategies function to report on urban poverty in American and German mass periodicals of the late 19th century. He has published articles Literary Journalism Studies, Medien & Kommunikationswissenschaft, Medien & Zeit, and Jahrbuch für Kommunikationsgeschichte.