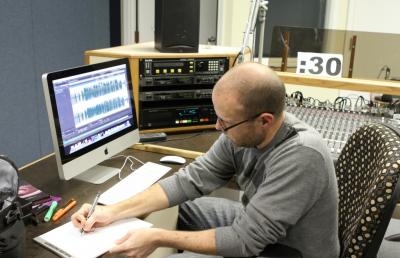 Bringing Narrative Journalists into the Classroom with “Gangrey: The Podcast”

In the fall of 2012, I was working on a virtual roundtable discussion for the literary magazine Creative Nonfiction focused on how some journalism — narrative specifically — should be considered a form of creative writing. The panel consisted of Ben Montgomery, an enterprise reporter for the Tampa Bay Times and founder of the website Gangrey.com; Chris Jones, a contributing editor for Esquire and a two-time National Magazine Award winner; and Thomas Lake, the youngest senior writer in the history of Sports Illustrated, who had already been included in Best American Sports Writing multiple times. (All three have since moved on to other writing exploits)

I was in my fourth year as a journalism professor at Ashland University in Ashland, Ohio (I have also moved on), and had a crazy enough background to try and tie journalism to creative writing. I had ten years experience as a newspaper reporter, but my advanced degree was an MFA in creative writing with a focus on creative nonfiction. One day that fall, I told students in my newly created Narrative Journalism course about some Montgomery, Jones, and Lake’s insights. “You can’t just write narrative nonfiction,” Montgomery had told me. “The stories don’t come at the keyboard; they come in the field, when you decide to hang around a little longer, to go back for one last conversation, to put yourself in the right place to witness a dynamic scene.”[1]

After class, one student came up to me and said I should start a podcast, that I should talk to reporters and ask the same types of questions I was asking in this virtual panel. That idea belonged to Glenn Battishill, who now works as a reporter for the Delaware Gazette in Ohio. It was a brilliant idea, one I am forever thankful for. 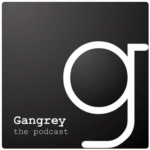 A couple months later, the first episode of Gangrey: The Podcast went live. The podcast was a spin-off to Montgomery’s website Gangrey.com, a blog that was the gathering point of narrative journalists around the country from about 2005 to 2014. The first guest on the show was Justin Heckert, a freelance writer who had just published his first piece in the New York Times Magazine. The story was about a young girl who could not feel pain because of a genetic condition. We talked about how he learned of the girl and several of the poignant scenes in the piece. We talked about the lead and how Heckert found another woman who had the same condition. It was an enlightening conversation, a behind-the-scenes look at a fantastic piece of literary journalism that ran in a national publication. I couldn’t wait to do more episodes.

Since then, I’ve produced 97 episodes of the podcast, featuring 79 journalists. I’ve talked with six National Magazine Award winners and seven Pulitzer Prize winners and many more who have been finalists for either awards. I’ve talked with more than a dozen New York Times best-selling authors. All of the discussions have been focused on their work. We talk about how they find the stories they write; how they start the reporting process; how they gather public records and archival documents; why they chose the lead they started the story with; the challenges they faced, including ethical decisions they had to make; we talk about the scenes in their stories and if they were reconstructed through interviews or observed in the fly-on-the-wall style; we talk about writing the first draft and working with editors and chipping away at those stories until they have the final masterpiece.

This has been my schooling when it comes to teaching students how to write journalistic stories that stick in readers’ minds for a long time, and the lessons I’ve learned have become excellent instructional material for every journalism course I teach at Fairfield University. So much of what we talk about on the podcast is focused on reporting, and it’s reporting that is the most important aspect of any kind of narrative nonfiction storytelling. I’m able to tell my students about Pamela Colloff’s insights into public records, and how sometimes, old police reports can be just as helpful as interviewing someone three decades after their experience[2]. I tell them that Kim Cross uses data sets that exist in the cloud to build timelines for when her story subjects did specific things[3]. I tell them that Vanessa Grigoriadis says the best way to get people to talk is to just walk up and ask them to talk with you[4]. I tell them that John Woodrow Cox thinks we need to be empathetic when someone who has experienced trauma lets us into their life[5].

In my Literary Journalism course, students read stories that have been talked about on the podcast. In class, we listen to snippets of the podcast and break the story down so we can understand more clearly how the reporter pulled it off. For instance, if we’re spending a week talking about voice, students read pieces by Tom Junod, including his profile of Fred Rogers, which ran in Esquire in 1998, and his profile of former NFL player Eugene Monroe, which ran in ESPN The Magazine in 2016. I consider the piece on Rogers — “Can You Say… Hero?” — to be one of the best celebrity profiles ever published because it’s written almost entirely in the voice of Mister Rogers.

Junod’s profile on Monroe, in the meantime, is about a professional football player who quit so he could smoke marijuana to ease the pain caused by the game. In that story, Junod led the piece in the voice of two men conversing when they were high on marijuana. Students read those stories and we listen to Junod talk about the difficulties that even two-time National Magazine Award winners have when they sit down to write. For Junod, in what was his first reported-piece at ESPN, it was trying to understand what his editors expected from him and what he was allowed to do as a writer. It took him four drafts to get there. Junod said “If there was any message that was given to me during the reporting and writing of this story, the message that I finally understood after four drafts that I struggled over and was finally done with, the message was that, what kind of voice should I write in at ESPN? Well, the kind of voice that I had been writing in. And the kind of voice that they valued when they hired me. The same kind of voice that I had at Esquire. They very much want me to be myself there and they proved it in this piece.”[6]

This leads to conversations about everything from voice (“You are writing those stories as a testament to the voices of the people that you’re writing about, but you’re also challenging those voices over time and over the length of the story, challenging those voices with your own voice.”[7]), to the ethics of smoking pot with sources, to note-taking and audio recording interviews. With regards to the latter, Junod took notes, but he also recorded the conversation he had with Monroe while they were smoking pot because he knew his notes would be of limited value once he was high.

I am a firm believer that the best way to produce quality narrative journalism is to do three things: Read a lot; report and write a lot; and talk to those who are the best in the genre. This is where the biggest impact of my podcast comes into play with my courses: Those who come on the podcast often talk with my students in class. Every semester, I schedule at least one guest speaker to join via Zoom in just about all of my classes. In higher-level courses, I have students talk one-on-one with these reporters and give a presentation on what they learned.

In 2015, at my previous university, I taught Narrative Journalism and fourteen reporters who have been on my show Skyped into the class. Students read their work and asked questions and heard the answers from the writers themselves. One student asked Eli Saslow how he became the type of reporter he is. “People who are thriving are doing so because they have found something they care about,” Saslow said. “I had a pretty good sense early on about what I wanted to do. And then it was all about getting better and better with every story. It’s a super-long evolution, and I’m not nearly there yet. It’s just making sure you’re always continuing to challenge yourself.”[8]

To me, that seems like the best information students can hear in any college class. 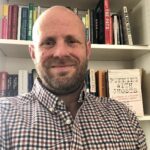 Matt Tullis is the director of the Digital Journalism program at Fairfield University, and the author of “Running With Ghosts: A Memoir of Surviving Childhood Cancer.” He is the host and producer of Gangrey: The Podcast, which focuses on narrative journalism and the reporters who write it.

Convening in the Time of Covid: Greetings from Copenhagen