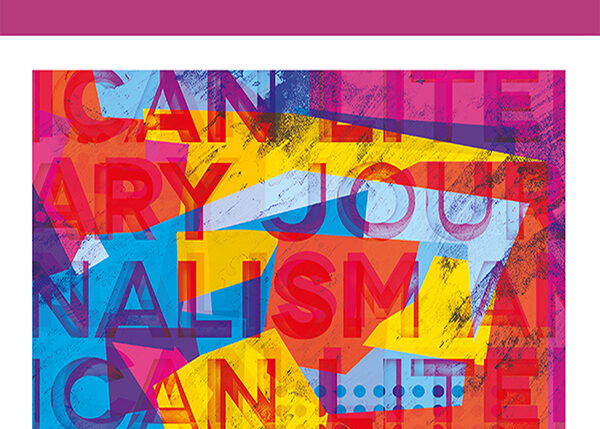 “In Dialogue with a Living, Breathing Tradition”: a Foreword to The Routledge Companion to American Literary Journalism

*Editor’s note: The Routledge Companion to American Literary Journalism is an interdisciplinary, cross-cultural, and international study of American literary journalism, written and edited by many longtime members of the IALJS. We’re republishing the book’s foreword to commemorate its new availability in paperback.

American academia and journalism have long had an awkward relationship. An offspring of Europe’s ancient educational institutions, the American university didn’t include professional schools of any kind until the nineteenth century. Columbia University didn’t have a law school until 1858, or a business school until 1916. The nation’s first journalism school, at the University of Missouri, was founded in 1908.

So it was unsurprising that in 1892, when newspaper baron Joseph Pulitzer offered Columbia $2 million ($55 million, adjusted for inflation) for a journalism school, the university’s president swiftly rejected it. It took two more decades, and a new, more entrepreneurial president, for the university to accept the offer. The Columbia Journalism School opened in 1912, a year after its benefactor’s death.

These questions linger: Is journalism an art form or a profession? Is it an object of scholarship or a craft suitable for instruction? Does it belong among the faculties of arts and sciences, as at my university, or should it be taught in a free-standing school, like law, medicine, and business? Such institutional considerations might be dismissed as inside baseball, but a discipline’s academic pedigree both influences and reflects how the world perceives its value.

Given journalism’s uneasy place, literary journalism is twice-cursed: At odds with or ignored by academia and neglected, sometimes denounced, by mainstream journalism, it has no natural home, institutional redoubt, or reliable constituency.[1] It ran afoul of academic and journalistic sensibilities for different reasons. With the exception of nineteenth-century polymaths like Stephen Crane and Walt Whitman, academics judged American nonfiction writers too recent, and journalism too insubstantial, to warrant study. To be fair, they felt the same way about American fiction, which English departments ignored until well after World War II. In the 1920s, mainstream journalism, under sway of Walter Lippmann, rejected literary journalism as lacking sufficient objectivity. As Miles Maguire notes in Chapter 14 of this volume, the Pulitzer Prize competition didn’t acknowledge anything akin to literary journalism until 1979, when it created an award for “feature writing.” Neither codified by scholars nor assimilated by mainstream journalism, this dual neglect is one of the factors behind literary journalism’s enduring vitality, both across genres and across the globe. An air of raffish independence is part of its allure. The day The Electric Kool-Aid Acid Test shows up on an Intro to Western Civilization syllabus, and it’s all over. Journalism will be just another course of study.

The editors of this volume are wise enough not to try to “resolve” the above conflicts and have instead commissioned thirty-five fascinating essays that alternate between “teaching the controversy,” “interrogating the assumptions,” and suggesting ways that studying American literary journalism of the past might help us navigate its future. Like the best criticism, these essays are in dialogue with a living, breathing tradition, analyzing it in intellectual terms and encouraging its practitioners to be more ambitious and creative.

Like jazz—another improvisational, outsider pursuit—American literary journalism was born with a global soul, and the explosion of interest from Latin America, Europe, and beyond is one of its most exciting developments. “Making the case for literary journalism as an American household name does not deprive nor bar the rest of the world from active participation in the construction of international scholarship,” argues Isabelle Meuret in Chapter 34 of this volume, titled “American Literary Journalism in a Global Context.” Although the genre retains aspects of America’s cultural ideals (pragmatic dataphiles, Americans have always been wary of traditional authority), it is steadfastly open and democratic. Defining its essence is a fool’s errand. “Literary journalism” is one of those “essentially contested” concepts that everyone understands but few agree upon. I prefer a functional definition: Acts of literary journalism occur when one explores the factual world in an imaginative manner, the goal being to redescribe and comment on it in story form.

And as with all functional definitions, the elements are weighted differently depending on the cultural moment, whether responding to, or reacting against, the impulses of the age. Between falsified memoirs and accusations of “fake news,” the reading public has had its faith in literary journalism’s accuracy shaken. Literary journalism must maintain a tenacious attachment to the facts generated by reporting and research. To borrow the jargon of software, I’d argue that literary journalism is an “open source” pursuit, providing a toolbox that can be employed by anyone in any context, limited only by the user’s dedication, imagination, and ingenuity. The artisan manipulates the tools competently, while the artist uses them in new and unexpected ways. The tools contained therein are fairly simple, best summarized by Tom Wolfe in his 1973 New Journalism manifesto. Literary journalism has a strong visual element that often lends itself to scenes, favors dialogue over deracinated quotes, pays attention to the nuances of social status, and always presumes that journalists write with a point of view, though not necessarily their own.

The last element, subjectivity, is the bright red thread running through the tapestry of American literary journalism, separating it from the “news from nowhere,” faux objectivity one often reads in newspapers. As technology became capable of delivering faster and more accurate news, the need for journalists who could limn its meaning increased. The more astonishing the spectacle, the greater the need for a reporter who could wield literary concepts (simile, satire, symbolism, metaphor, narrative, allegory, allusion, foreshadowing) with which to craft a meaningful story.

As John S. Bak explains in “Of Troops and Tropes,” war played a central role in the development of literary journalism as modern man’s genius for orchestrating violence resulted in ever more horrible results. Faced with the unfathomable carnage of the Civil War’s 600,000 dead or World War I’s 20 million, literary journalism documented “the human side of war, not just the victory marches celebrated or the trenches taken and retaken, but also the mundane and the sundry,” Bak writes. Whether in the hands of Martha Gellhorn, John Hersey, or Ryszard Kapuściński, literary journalists deploy subjectivity to convey the “feel” of wars most civilians know only through statistics, headlines, radio reports, and, later, television. “Conventional journalism could no more reveal this war than conventional firepower could win it,” Michael Herr observed of his attempt to capture the truth of the Vietnam War. The twin children of nineteenth-century invention, photography and literary journalism, which coalesced in the figure of Jacob Riis, gave people access to the stories of how the “other half” lives and dies.[2]

Similar arguments have been made for the relevance of literary journalism on the home front, not only when the New Journalism chronicled the upheaval in the 1960s, but also during the bewildering US politics, circa 2019.“It is hard to deny that we are in the midst of a crisis and a ferment,” Lee Siegel writes in the Columbia Journalism Review at the beginning of the Trump presidency. “Perhaps it is only with the license of literary journalism that one can hope to grasp our astounding new circumstances. ”In times of epistemological crisis, when the facts of the matter are in dispute, we require the literary journalist’s subjective, imaginative view.

The leitmotif running through the essays in this volume is that literary journalism is a protean, fluid genre, allowing for the kind of experimentation traditionally associated with film or fiction. But might I make a bolder suggestion? Nearly half a century after Tom Wolfe declared that New Journalism had supplanted “the novel as literature’s main event,” perhaps it’s time to retire the clichéd observation that an article or book “reads like fiction.” Let’s banish the genre of “nonfiction” to the literary scrapheap. How about merely “true stories, well told,” in the words of creative nonfiction guru Lee Gutkind?

Today podcasts are the most exciting place to experience the intersection of story and innovation. Some have suggested we are enjoying the “second golden age of radio,” and I’d argue that the best literary journalism today is created for the listener as much as the reader. Audio has woven the red thread of subjectivity into a nifty new pair of headphones. If intimate literary journalism whispers in the reader’s ear, audio sets up shop in our auditory canal. Were Joseph Mitchell embarking on a journalism career in 2019, he’d share Joe Gould’s secrets in episodes of This American Life, Radio Diaries, or Serial. The New Yorker might exist as a weekly radio show and travelling festival, punctuated by a quarterly magazine. Most podcasts don’t live up to these standards in the same way that most books and articles fall flat. But those that do, combining rigorous reporting and research with imaginative storytelling and sound design, provide an experience as sublime as anything found in the history of literary journalism. The technology has changed, but the renegade spirit continues to thrive. And the essays in this volume document that spirit—in the past and present as they point to the future.

2.  The title of Riis’s original magic lantern presentation was “The Other Half: How It Lives and Dies in New York. Illustrated with 100 Photographic Views.

Robert S. Boynton is the author of The Invitation-Only Zone: The True Story of North Korea’s Abduction Project (FSG, 2016) and The New New Journalism: Conversations with America’s Best Non-fiction Writers on Their Craft (Vintage, 2005). He directs the Literary Reportage program at NYU’s Arthur L. Carter Journalism Institute. His work has appeared in the New York Times Magazine, the New Yorker, the Atlantic, the Nation, and elsewhere.

Literary Journalism in a Language Class