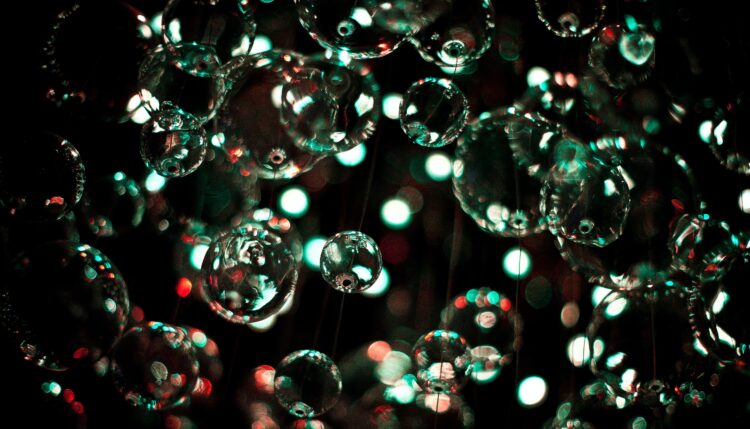 Literary Journalism and the P/Light of the ‘Lumières’

A Report on the Fifteenth ESSE Conference

The fifteenth congress for the European Society for the Study of English (ESSE), scheduled for the summer of 2020 but delayed a year due to the pandemic, was held virtually at the Université Lumière Lyon 2 in Lyon, France, from August 30 to September 3, 2021. As in past congresses over the years, IALJS sponsored an outreach round-table, co-organized by John S. Bak (Université de Lorraine) and David Abrahamson (Northwestern University).

The round-table, titled “Literary Journalism and the P/Light of the ‘Lumières’,” once again first on this year’s extensive program, addressed the role of literary journalism in the current socio-political climate, where world leaders have repeatedly espoused one true nationalist narrative and have cast themselves as its rightful protagonist. Panelists included Beate Josephi (University of Sydney) and Lisa A. Phillips (SUNY New Paltz). While Josephi tackled one of the main geopolitical topics of the moment, Afghan refugees, Phillips focused on the topic of mass shootings.

Bak opened the discussion by asking the question, “Given populism’s recent global reach, can we ever hope to reconcile the split between fact and faction?” He suggested that literary journalism can influence the post-truth crisis by casting shade on the self-proclaimed lumières of misinformation, as well as their many enablers, and shed its own light on how various counter narratives can govern us when socio-political sea changes are underway. Literary journalism is “smart journalism,” he said, not meaning that it is for “smart people” but that it forces “us to think,” to get outside our “political bubbles” and “echo chambers.”

To be successful, he argued, literary journalism must practice “an artistic and political legerdemain” to bring readers together from both sides of the political spectrum, “couching facts in literary aesthetics that serve journalistic ends to share news with readers that perhaps runs counter to their own political bias and, yet, still convince them to, at least, consider things from the other side of a debate.”

Unmasking falsehoods and restoring faith in facts in an era of fake news is one of literary journalism’s implicit missions. Josephi originally wanted to speak about the counter narratives involving Australia’s “glorious and inglorious wars” but shifted her direction at the last moment to the fall of Kabul and the refugee crisis that resulted from it. She first presented Svetlana Alexievich’s Boys in Zinc (1991/1992), an important counter narrative to the Soviet Union’s “veil of silence” over its war in Afghanistan, to question whether literary journalism’s mission is to write counter narratives to cancel out fake news, which makes it as politically motivated as the fake news itself, or rather to build bridges that span the divide. To address the issue, she looked at two examples: Obaidullah Baheer recent article in The Economist (20 August 2021), “My family fought alongside the Taliban. But I’m afraid for my friends,” and Behrouz Boochani’s No Friend but the Mountains (2018).

The grandson of Gulbuddin Hekmatyar, who twice served as Prime Minister of Afghanistan under the Taliban during the 1990s, Baheer wrote a first-person account of his intellectual journey toward “opening up and coming to understand two greatly dissimilar worlds.” The text is not, as is Alexievich’s book, “an unmasking of a hidden truth,” Josephi argued, but instead “an introduction to very different cultural environments, the jihadist concept of the world, meeting the western one, with which we are more familiar.” It is “not a counter narrative rather than an exercise in building bridges and furthering understanding.”

On the other end of the spectrum is Boochani, a Kurdish-Iranian journalist held from 2013 to 2017 in the Australian-run Manus Island detention center in Papua New Guinea. Australians were craving for a counter narrative that would unmask the government’s inhumane refugee policies, Josephi said, and Boochani’s first-person creative nonfiction – “written in batches of 9,000 to 17,000 words on WhatsApp, smuggled as pdf files from Manus Island to Australia, where it was translated from Farsi” – lays bare “the insidious ways of domination, humiliation and oppression experienced and observed” that the Australian government hid from sight.

Whether or not literary journalism is a tool to reconcile the split between fact and fiction/faction and expose the here and the now while leaders of nations unabashedly lie and suffer no accountability, for Josephi it needs at least to “bear witness and tell the story” – even if that story does not produce a counter narrative to fake news.

Lisa Phillips also discussed how literary journalism, in particular about mass shootings, particularly but not exclusively in the United States, has “the capacity to go beyond left–right debates.” Media coverage tends to “quickly revert to the tennis game of ‘what should be done’ punditry that ossifies the political divide at the expense of examining the complexities of the ongoing impact of mass shootings, or seeking a more comprehensive understanding of how they occur.” Focusing on three works – Dave Cullen’s Columbine (2009), Åsne Seierstad’s One of Us (2013), and Rachel Kaadzi Ghansah’s 2017 GQ article “A Most American Terrorist,” which won a Pulitzer Prize and a National magazine award – Phillips looked into how they all dismantle national myths that uphold that political divide (e.g., the “sanctity and safety of Scandinavian liberal democracy,” the “aggrieved bully,” etc.) and thus appear to be counter narratives to those mediatized truths. But there is one problem to this reading, she suggested: omniscient narration implicitly sets up a myth of its own.

The paradox of omniscience in literary journalism, she noted, is that narrative form, no matter the point of view, “invites us to subjectively participate in the lived questions of experience.” And yet, the omniscient point of view asks us to set aside the subjectivity of the narrator/witness/reporter. This perspective lacks transparency. “We are more likely to forget that an account is subjectively framed if we’re not reminded of the narrator’s subjectivity,” Phillips said. As writers remove their subjectivity, they can make the report sound like a myth. On the contrary, using a first-person narrative allows the reporters to be more critical and transparent about their reporting process.

This is what Ghansah does in “A Most American Terrorist.” “Ghansah tells the tale,” according to Phillips. “She is the article’s homodiegetic narrator, a main character in the text.” What this allows is for “us to see ongoingness in both directions,” an act “rooted in history,” and an act that “will continue to shape history and society.”

“A Most American Terrorist” does not transcend political divides, Phillips concluded, because, as Ghansah shows us, “the presence of an African-American reporter is still inherently a divisive one.” Her work is nonetheless a testimony to “the urgency of widening our lens on the coverage of mass shootings” to take into account both historical context and historical continuity.

Whether or not literary journalism’s raison d’être is to provide a counter narrative to fake news, the panelists agreed that it does bring together readers from both sides of the political aisle by making them think and consider things from the others’ side of a debate. “In dispersing readers along the political spectrum,” Bak concluded, “literary journalism helps remove the us versus them dialectic currently embroiling nations around the world, evident not just in the political discourse in the media but also in the streets and in the halls of legislature.”

The panel, the seventh since 2008, drew a small but faithful audience. The sixteenth ESSE congress will be held in late August 2022 at the Johannes Gutenberg University in Mainz (Germany). A current call for new round-table proposals has just been announced by the ESSE. Anyone interested in participating in a new round-table for this latest edition of the ESSE congress should contact John Bak (john.bak@univ-lorraine.fr).

Pauline Schwaller is a first-year graduate student working on her Master’s in English studies at the University of Lorraine in France.

Literary Journalism in a Language Class