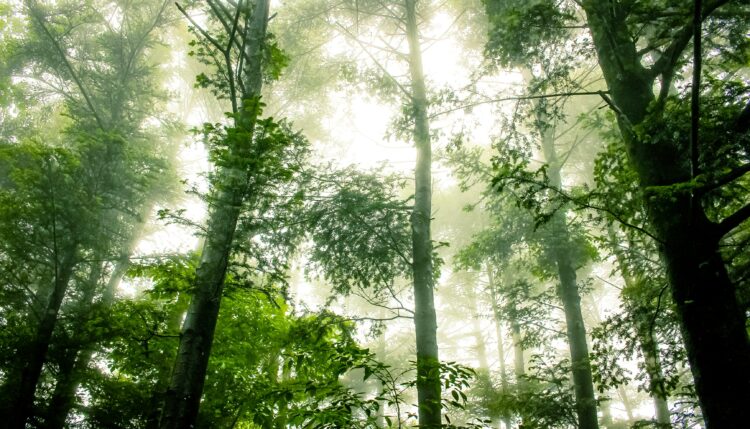 *Editor’s note: This article is from our archives. It originally appeared in Literary Journalism vol. 4, no. 4 (2010).

Virtually all literary varieties known in the Western world—novels, poems, dramas—exist in Japan in some form, with some dating back to the eleventh century, when the popular Tale of Genji was produced. Likewise, journalism’s various forms have Japanese peers, including a “literary journalism” tradition that is in ample supply.

Japanese national dailies such as Asahi, Yomiuri and Mainichi regularly run features that open with anecdotal leads followed by what appear to be a nut graph. Narrative techniques are often used to vividly describe scenes of civil wars in Africa or social dilemmas faced by haken shain or temporary workers who lost their jobs due to recession.

Nonfiction authors have experimented with varying degrees of success employing the literary techniques commonly used by American feature writers and novelists. The American “New Journalism” of the 1960s inspired a cohort of Japanese literary nonfiction writers, who created such works as Fukushu Suruwa Ware ni Ari by Ryuzo Saki —which was made into a movie in 1979 with the translated title Vengeance Is Mine that one critic called “the finest Japanese film of the 1970s”—and Teroru No Kessan by Kotaro Sawaki, which was a report on the assassination of Socialist Party president by a right-wing youth.

The former, which owes its narrative style to the American classic In Cold Blood by Truman Capote, earned the writer one of the two most prestigious Japanese literary awards, the Naoki Prize. Both authors have become acclaimed nonfiction writers with a wide readership and significant name recognition.

In addition, Japanese academia has convened conferences, symposiums, and workshops on the subject of American journalism and narrative journalism, notably by the Japan Society for Studies in Journalism and Mass Communication.

However, despite its growth, there are few efforts by either writers or scholars to define the genre. Admittedly, there is a tendency in Japanese journalism to separate newspaper journalism from its nonfiction brethren that takes the form of books. Most likely, any literary development in newspaper journalism is very likely to be conceived separately from a similar nonfiction style, and maybe even from magazine journalism.

The reason for this is that newspapers and wire services pride themselves on being the only sources of serious print journalism in Japan, which feeds this separatist tendency.

Other than a few examples of literary tendencies in journalism mentioned above, it is difficult to notice any rigor in journalists’ efforts to pursue literary or novelistic techniques, especially in newspaper journalism. The objectification of news reporting—which became a fierce trend after World War II in an attempt to divorce itself from the wartime stigma of being a government propaganda—made little room for creative writing. Other than occasional features and investigative pieces that ran inside the newspapers, there was little deviation from the standard hard news style.

Some observers have pointed out that the literary tendencies in news writing were more pronounced before the war, especially during the so-called Taisho Democracy period of the 1910s and the 1920s at a time when newspaper journalism reached its pre-war pinnacle in terms of readership and enjoyed relative freedom from political meddling. Journalists and editors then often talked about bibun kisha, or “stylistic writer,” whose artistic writing styles were both revered and regarded as marketable. Newspaper and wire service journalists today agree that the appellation bibun kisha (sometimes meibun kisha) has fallen into disuse, and no new term has taken its place. This may be because today elaborative writing is not considered the most useful skill for newspaper reporters. Moreover, at least officially, objective, fact-based reporting is what news organizations stand for.

However, one can hope that the seeds of literary journalism have been sowed in Japan, and even may have begun to sprout. Though “straight” ledes and other hard news staples are still largely the norm, there may be a growing interest in Japan in narrative and descriptive long-form journalism that may grow as it flourishes in the West.

For two decades, Miki Tanikawa (Ph.D.) was a journalist with the New York Times and International Herald Tribune and served as contributing editor at the Economist Intelligence Unit in Tokyo. Currently, he is associate professor at Akita International University and heads the Global Communication Practices.

Literary Journalism and the P/Light of the ‘Lumières’