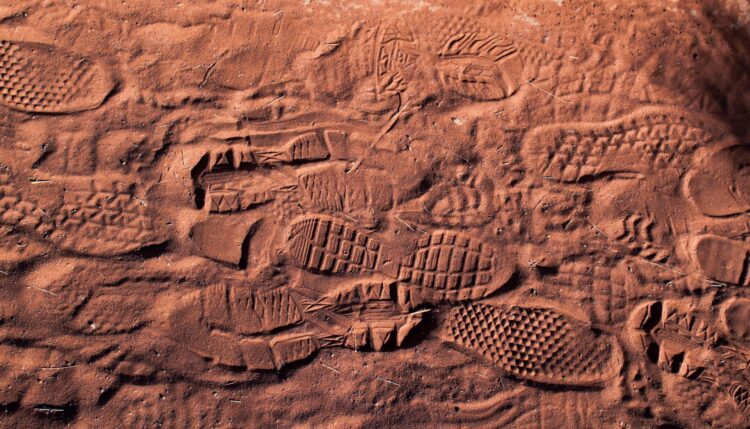 How do we keep an eye on process behind the product of literary journalism?

I should start by acknowledging that I came to literary journalism studies per se (hereafter LJS) through something of a side-door:  from American Studies, where I had been most recently writing about police power. And aside from an unabashedly partisan stint as a hockey reporter in high school, I can claim no experience as a journalist. Housed in an English department, I teach ways of reading literary journalism, not how to practice it. As such, I’ve often been reminded of how idiosyncratic my approach to LJS may be.

But I begin there because it bears upon what I want to discuss here: how our own entry points to LJS–trained as we are in different disciplines and inter-disciplines–can create priorities and yet also blind spots or lacunae. I’d like to talk about a few that have arisen in my own teaching, and the practical, albeit makeshift ways I have used to try and address them.

Specifically: influenced by Birmingham-style cultural studies, I had long been investigating how historically-shaped material conditions of knowledge work–say, of reporters posted in a “cop shop”–come to “determine,” in Raymond Williams’ sense of the term, how the news represents police power and even crime itself. (Or, in Pierre Bourdieu’s terminology, how a given post of cultural production may reciprocally generate shared dispositions between cultural producers and their sources.) [1]

So as I moved into LJS, I found myself often circling back from the foreground of a given text to its account of the journalist’s legwork and sourcing, as well as what it says about the ethical relationships formed with the story’s central subjects (persons). You might say I was always trying to keep an eye on the process behind the product. Meanwhile, I gave my students this shorthand:  always be on the lookout, I would say, for how journalists might leave their own “footprints” in their text.

But that’s where the contradictions in my teaching started popping up, too. For one thing, though I was presenting myself as an agnostic on style, I realized that I actually seemed to have an unstated preference for journalists who did wear their processes on their sleeves. I love it, for instance, when Joan Didion riffs on a reporter’s “go bag” right in “The White Album.” [2]  Conversely, I grow skeptical when it is said that the famous “fly-on-the-wall” effect enhances a text’s realism. But beyond all that, the premium I was putting on re-tracing a given journalist’s work-routines was running head-on into another maxim I was passing along to students, sometimes (alas) in the same breath: that footprints are not footsteps themselves. That is, that what we were reading was a text, a rhetorical construction in which some details were selected, others omitted, and where even the most confessional asides can be strategic. 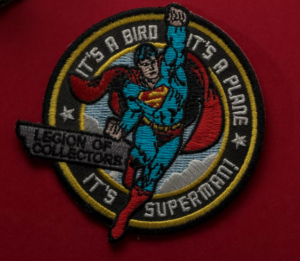 “…I would find myself mouthing Janet Malcolm’s famous formulation: that any journalist-figure in such texts is more like Superman than Clark Kent.”

So, on the one hand, I would be pointing to mis-en-scene details (“when I met with her in a grimy basement studio”); telling students to watch for attribution signals; to track investigative routes that are displayed; and more. And yet, on the other, I would find myself mouthing Janet Malcolm’s famous formulation: that any journalist-figure in such texts is more like Superman than Clark Kent. It is as writers that reporters garner superpowers (e.g. invisibility, time travel, or foresight) that real humans just don’t got. [3] In sum, I seemed to be repeatedly countermanding the late Donald Murray’s famous proposition: that you can no more infer the process behind a given composition than you can a pig from a sausage. [4]

Just to be clear, I’m not talking here about doubting specific factual claims, nor about the ethical catastrophes of Jayson Blair et. al.; nor am I beating the so-dead-they’re-in-the-glue-factory horses of subjectivity or bias. No: it was that privately I knew that such textual footprints, as seductive as they can be, are usually in and of themselves insufficient as testimonies about the practices being used to enhance the journalistic authority and meaning of what we read.

Nevertheless, I felt (and feel) strongly that this re-tracing is something that, as LJS scholars and teachers, we must do. Not only do these devices claim a contract with readers. In addition, they bear upon many of central topics that LJS has been examining of late. Think, for instance, of how central inferences about material processes are to the wonderful formulation of “slow journalism”; to applications of the label “ethnographic” to investigative reportage; to debates about journalistic empathy, such a vital concern across borders of all kinds–international, gendered, racial and more.  In many cases, these terms/topics either retain such claims of process, or work implicitly as honorifics because they allude to material practices for which a given text is too often our main or only source.

Do I have any game-saving pedagogical strategies here?–of course not. At most, what I try to impart to my students are a set of workarounds or reading tips. As so many LJS teachers do, I stress to my classes the importance of contextual materials: interviews, manuscripts, accounts of editorial practices, rival versions from journalists’ subjects, and more. That long-form writing has itself been moving towards more explicit documentation is, to my mind, a good thing. Yet in many cases–most?–such materials are slim to nonexistent.

Thus the shorthand cue of racing “footprints” can be useful, I think, because it invites students, first of all, to think of what we call legwork in a spatial or even geographical sense. As they read, I ask classes to make graphic representations of what journalists say or imply about their movement through space and/or information landscapes. Testing these maps against norms of balance and coverage or access, and investigating even how that space itself is rendered–where it is presumed poverty is located, for instance, or indigenous knowledge–can tell us things about a reporters’ gestalt and whatever restrictions or dead ends they may have encountered.

Collaterally, I emphasize the importance of flagging temporal markers that tell a story about when a reporter arrived on the scene, and how access or witnessing matches up (or doesn’t) with the news-story’s timeline. I’ve used podcasts and digital journalism sites to introduce the idea of “layers” (or “tracks” in this sense) superimposed on the original story-line timeframe as well.

In these ways, reminding students that footprints are not footsteps themselves can actually be to their advantage as critical readers. For example, it can be one way to broach what anthropologists have long called the “partiality” of any given text–that is, its interestedness and its incompleteness–and not to treat it simply a report of participant observation; rather, it can also be an opportunity to observe the participant. [5]

In addition, as students try out these tools, I also try to remind them that what they’re retracing is not in “real time” as such but a narrative that can again, be approached as an overlay upon with the news story as such. That layering, I think, can also raise useful questions about why one (the reporter, or any one of us) is looking “in” at the subject at hand in the first place. And it can be a way of speculating about why a certain literary form, style or point of view was chosen rather than presuming the work is always congruent with . . .well, the work.

Surely these classroom tools are quite imperfect, and no doubt some are not unique to me. (I would love to hear from other LJS teachers about theirs.) I hope you can see why, too, I’m presenting these tools as leading to questions, not as anything that produces miraculous results. And of course teachers, like journalists themselves, can find themselves unconsciously covering their own tracks, misremembering a blind alley, or realizing in retrospect there were other and better paths not taken. But as flawed as these tools may be, the ones I’ve put forth here represent my attempt to help students thrive as sympathetic, critical and–I hope–lifelong readers of literary journalism. Readers, you might say, who may be able to leave a classroom with their own go bag.

[1] Williams uses “determine” to refer to “the pressures derived from the formation and momentum of a given social mode: in effect a compulsion to act in ways that maintain and renew it.”  Raymond Williams, Marxism and Literature (Oxford: Oxford UP, I977), 87; Pierre Bourdieu, The Field of Cultural Production (New York: Columbia UP, 1993).

[3]  Janet Malcolm, The Journalist and the Murderer (New York:  Vintage, 1990).  I have unpacked the gendered implications of Malcolm’s formulation itself in “Finding Emma Larkin,” Literary Journalism Studies 6 (Fall 2014): 49-72.

[5]  Cf. James Clifford in Writing Culture: The Poetics and Politics of Ethnography, ed. Clifford and George E. Marcus (Berkeley: U of California Press, 1986), 7. 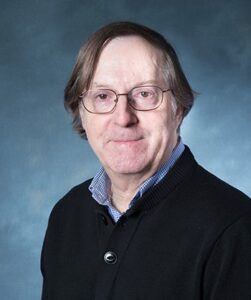 Chris Wilson is Professor of English (Emeritus) at Boston College. He has published essays on literary journalism in Raritan, Twentieth-Century-Literature, MELUS, College Literature, Literary Journalism Studies (LJS) and The Journal of American Studies. He has also served on editorial or advisory boards for American Quarterly, American Literature, and LJS. Most recently, he has created Reading Narrative Journalism, an introductory classroom text in the field available at https://mediakron.bc.edu/readingnarrativejournalism.