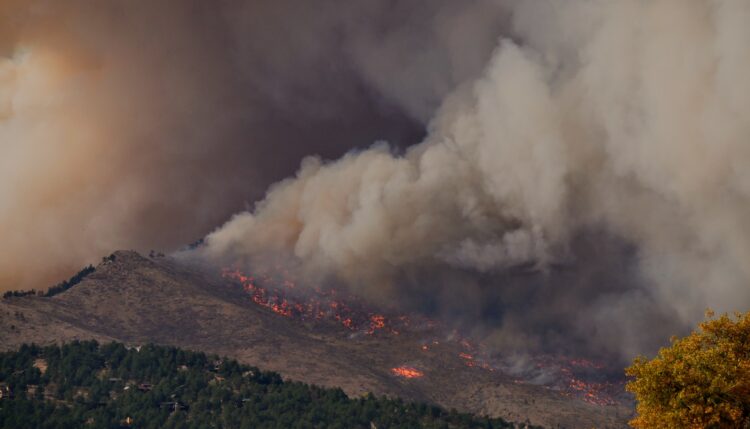 *Editor’s note: This article is from our archives. It originally appeared in Literary Journalism vol. 15, no. 1 (2021).

When my book Hazelwood came out in June last year, it was born into a world much-changed from the one it had been conceived in. The manuscript had been sent to the Australian printers back in early 2019, when I could still confidently declare that the 2014 Hazelwood mine fire, two hours east of Melbourne, was “one of the worst industrial disasters [the state of] Victoria has ever experienced,” which “may also prove to be one of the worst public health disasters in Australia.” [1] My editors were happy for me to quote the Environment Protection Authority Victoria and Environment Victoria’s claims that the six-weeks-long out-of-control blaze, in an open-cut brown coal mine directly upwind from the impoverished town of Morwell, was “a world’s first in terms of prolonged adverse air quality” and “possibly the worst incident of environmental pollution in our state’s history.[2] 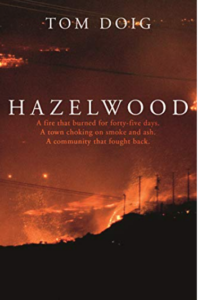 But twelve months later, the book was still packed away in boxes in a warehouse on the outskirts of Melbourne. Its publication was delayed by two major legal cases against Hazelwood mine’s multinational owners Engie Group, which both ground to a halt in the Victorian Supreme Court, along with everything else, in The Year of the Lockdown. The east coast of Australia had just endured its fourth month of record-breaking, deadly and spectacular wildfires, a lurid Dantean nightmare which came to be known by the millions who suffered through it as “Black Summer.” Black Summer killed 479 people in the short-term – 34 by flames, 445 by smoke – with thousands more predicted to get sick and die early in years to come. [3]All of a sudden, Hazelwood’s air-pollution death toll of 23 people seemed minor. [4] And before Melburnians and Sydneysiders could take off their face masks, Covid-19 started arriving on Australian shores, in one case via a gargantuan cruise ship named, of all things, the Ruby Princess.

Between printing and eventual publication, the Hazelwood mine fire found itself unceremoniously relegated to the status of “third-worst disaster in Victoria in the last six years” – which wasn’t nearly as catchy. It felt like my small-but-important book about a small-but-important coal mine disaster had bumped into a pandemic and been swallowed whole.

Looking back on Hazelwood’s tortuous journey from dictaphone to bookshop, I’m struck by the tension between the two different temporal dimensions at play in literary journalism. Journalism, as we all know, needs to be current, topical, up-to-the-minute: able to provide citizens with trusted information about the conditions they find themselves in. Literature, on the other hand, is distinguished in part by its ‘timeless’ nature; it is able to delight readers decades, even centuries, after it is written (issues with the critical blind-spots of ‘the canon’ notwithstanding). If you write well and do it in a hurry, like John Hersey did with Hiroshima (1946), you can have it both ways: update the public about vital current events, while producing what goes on to become an enduring testament to pain, loss and stoicism.

But most book-length literary journalism takes time: two years, four years, seven years. And as we move into an era of accelerating climate breakdown and mass extinction, and prolonged COVID-19 devastation, and who-knows-what-next – an age where catastrophes no longer wait patiently for the previous calamity to run its course before taking their turn on the world stage – time is something we don’t have. New Zealand author Ingrid Horrocks makes this point better than I can. Reflecting on the difficulty of writing about climate change, a crisis which is worsening quicker than our ability to describe it, Horrocks notes that “as a writer, it can be hard to keep telling myself that this slow act of storytelling on the page is of much importance, especially now … The ground is constantly shifting, and never faster than it has in 2020.”[5] But she then turns this around, declaring “I’ve never felt the need for stories more, nor found what is being written more urgent.”[6] I feel the same. 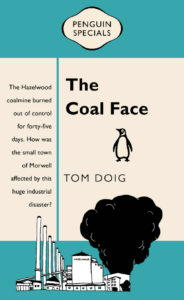 I actually wrote a shorter version of Hazelwood, which came out as The Coal Face (2015), just one year after the mine fire. I immersed myself in the still-traumatized Morwell community from September to November 2014, interviewing as many people as I could; then went I home, took up smoking (again), and in a white heat bashed-out a 22,000-word manuscript by Christmas. When The Coal Face came out in March 2015, it did its job, as far as one can tell with these things, as journalism. It meant a lot to the disaster survivors in Morwell. Their story, which the conservative state government had ignored, was getting told. And it gave the newly-elected Labor government a hurry-up to keep their promises to the community; The Coal Face’s final line is the non-subtle ‘Daniel Andrews was the new Premier of Victoria, and he had promised to reopen the Hazelwood Mine Fire Inquiry.’ [7] And reopen the inquiry they did. When Wendy Farmer – meek-homemaker-turned-community-activist, ‘star’ of TheCoal Face and Hazelwood – feels like flattering me, she says, “Your book set the terms of reference for the new Inquiry.” That’s probably not true, although it’s nice to think about.

But even once the fire was out, the story wasn’t over. Hazelwood was the dirtiest coal power station in the Global North, and it was still operational, pumping out 16 million tons of carbon dioxide every year. Australian Climate scientist David Karoly calculated that Hazelwood’s total emissions would be responsible for the future flooding of 7,500 people’s homes around the planet, each and every year.[8] Meanwhile, the power station’s owners Engie Group were anything but responsible. Rather than paying for basic safety and maintenance of their infrastructure, Engie were maximizing their profits by running the place into the ground. The next disaster might be inside the power station, where all the workers were.

By this point I was halfway through a research-as-practice Journalism PhD at Monash University, and had jettisoned my earlier, much vaguer proposal (“The lived experience of climate change in Australia”), because the Hazelwood story encapsulated everything I wanted to talk about. In 2015 and 2016, I devoted all my energy to crafting a narrative that made a watertight case that Hazelwood power station needed to be shut down as soon as possible – without ever saying it that baldly. I wasn’t sure how the book was going to end, but I knew the result I wanted it to have. Then, in March 2017 … the place did shut down. It was a great result for the community and the climate, and it gave me a much-needed ending. But it also raised a devilish question: what was the point of my longer manuscript? What was I trying to say?

The answer was there all along, even if it took me years to articulate it. The Australian coal industry didn’t just cause disasters; it was a disaster, from start to finish. [9] Most people know this, but I had found a way of showing it in visceral terms. This was my metanarrative, my little contribution to the impossible battle against climate change. This was why it was so important, when faced with overwhelmingly complex and abstract issues, to bear witness to the bleeding noses and sleepless nights of ordinary people. If I could upset and outrage readers enough about the human cost of the fossil fuel industry, then they might be a little less susceptible to Prime Minister Scott Morrison’s pro-coal bullshit. And perhaps, even, a little more empathetic towards the down-and-out bogans of Morwell.

As I worked away on the final version of Hazelwood, I thought of the mine fire story as a ghost-of-Christmas-future flash of our shared apocalyptic destiny. In this (cautionary) tale, the burning of coal no longer affects nameless victims, distant in space and time. Instead, coal smoke ruins the lives of Kiery-Anne Clissold, whose husband died of a brain aneurysm six months after the fire, and Julia Browell, who died of multiple organ failure six months after I interviewed her. I kept returning to fire-fighter Doug Steley’s description of the floor and walls of the coal mine on that first night of the blaze:

“Imagine as far as you can see, the ground itself is burning. The trees are still there, but the earth underneath the trees is burning … it’s all you can see. You can feel the heat against your face, you can see the giant cracks in the earth opening up and the glowing red embers inside. Holy bloody hell, the whole hill is on fire …” [10]

In 2014, this seemed like some outlandish vision of a climate dystopia we still had some slim chance of avoiding. But seven years on, following Australia and California’s unprecedented bushfires (with COVID on top), the suffering of Kiery-Anne and Julia is starting to seem commonplace. Disasters no longer know their place, only affecting small (and poor) regional communities, leaving everyone else to get on with their day-to-day lives. In an age of Big Cs (COVID, Climate, Crisis), disaster is our day-to-day life. We have all seen the smoke on the horizon now.

And so we need literary journalism more than ever, to help us try to comprehend the eye-watering new world we have stumbled into. 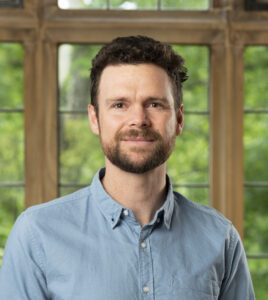 Tom Doig, Creative Writing Lecturer at the University of Queensland, is the author of Hazelwood (Walkley Book Award 2020 nominee) and The Coal Face (winner, 2015 Oral History Victoria Education Innovation Award). He edited Living with the Climate Crisis: Voices from Aotearoa (2020).

New Insights on Orwell as a Literary Journalist